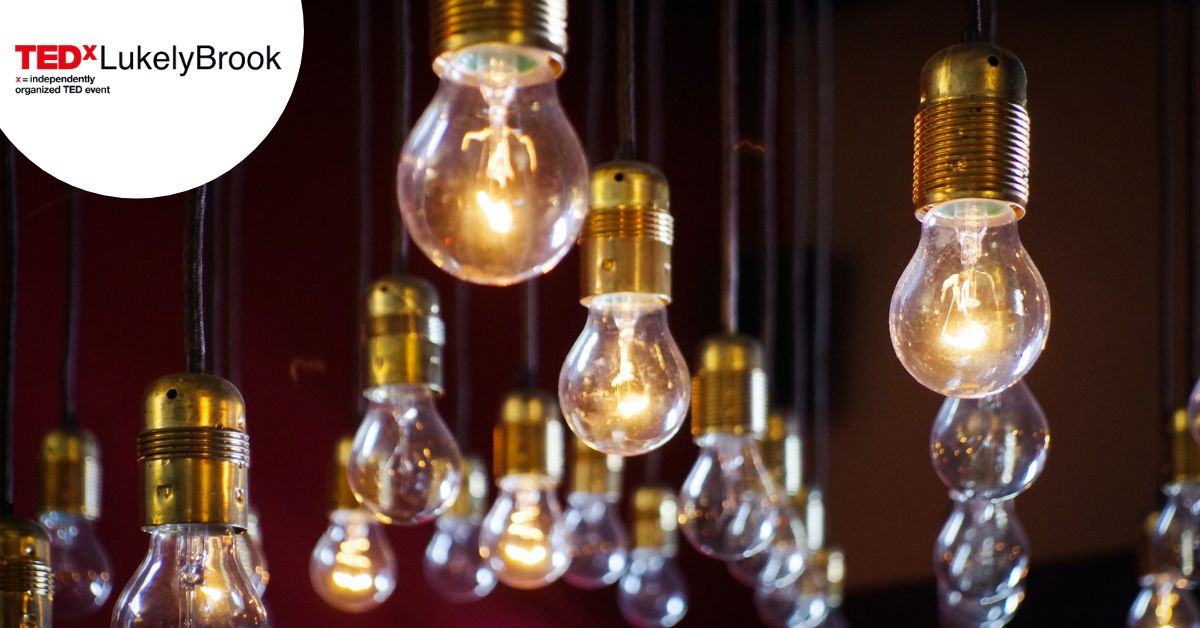 Can the Isle of Wight help change the world?

‘If not now, when?’ is the theme of TEDxLukelyBrook, an event taking place on March 2nd, 2022 in The Anthony Minghella Theatre at Quay Arts in Newport that will bring ‘Ideas Worth Spreading’ and connect the island to a global audience, like never before.

The event will feature an impressive line-up of speakers all standing on the famous round red carpet. Presenting topics including ‘A move from the urban jungle’ and ‘Exercise changes lives’ to ‘Islands of geography for a greener future’ and ‘Reconsidering disability in our community’. Gina London, author and Emmy-winning former CNN correspondent and anchor is just one of the speakers announced for the event, whose talk entitled ‘The Myth of Authenticity’ will help discover why the most valued attribute of a leader is also one of the most misunderstood.

Whilst the ‘Talks’ will take place in the main theatre, a ‘Watch Party’ focusing on youth will be held simultaneously in the Riverside Centre. There is also a ‘Conversation Area’ giving delegates at Quay Arts an opportunity to spark conversations, share their passions, relax and meet with speakers to discuss their talks and ideas worth spreading.

All the performances and talks are live-streamed to a global audience throughout the event, so that anyone can experience TEDxLukelyBrook. With the recordings from the event added to the TEDx Youtube channel with over 32.2 million subscribers. Giving the event and its talks a truly global reach.

TEDxLukelyBrook is an independently produced, not for profit event, operated under a license from TED. WightFibre are announced as the events Main Sponsor with leading island businesses IFPL, WRS and Red Funnel just some of the event Supporters, in addition to a host of companies and organisations as Friends of the event including The Chamber of Commerce, PC Consultants, BrightBulb Design and Visit Isle of Wight to name but a few.

“This event is a motivational call to action, to prompt those attending and ‘touched’ by TEDxLukelyBrook to take positive action on aspects of their business and personal life that they inevitably know they will have to undertake at some time, but so often delay or procrastinate upon. An event which will reflect the best of the island and help share ideas from the Isle of Wight with communities around the world.” Says Dale Howarth, Organiser and Curator of the event.

Alongside Dale are an Executive Team all bringing their talent and support to the event, including Chris Court, Jonathan Thornton, Steve Edmonds and David Thornton. The events name of TEDxLukelyBrook reflects the past, present and future. Where through the waters of Lukely Brook, the Isle of Wight connects to the world. The brook, which rises in the Bowcombe valley having powered the islands mills from as early as Roman times, passing under the main venue to join the river medina, past the Watch Party and out into the Solent to travel the world.

Further announcements will be made over the coming weeks and months, including some ‘not to be missed’ elements that are synonymous with a TEDx event, adding new dimensions and sparking conversations. To find out more visit www.tedxlukelybrook.com where you can also register to be kept up to date with the event, including news, speaker announcements, interviews, how to obtain tickets and access the live stream. 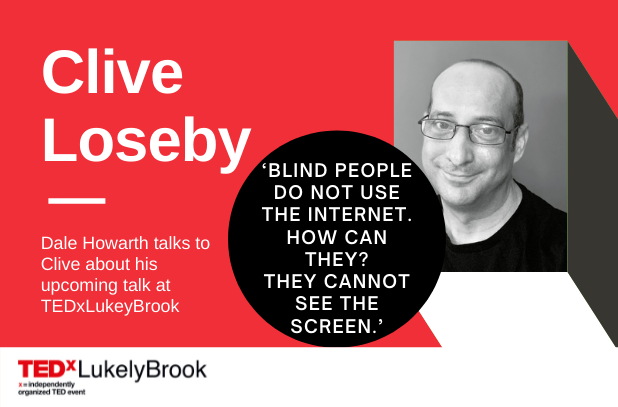 Dale Howarth talks to Clive Loseby about his upcoming talk at TEDxLukelyBrook. 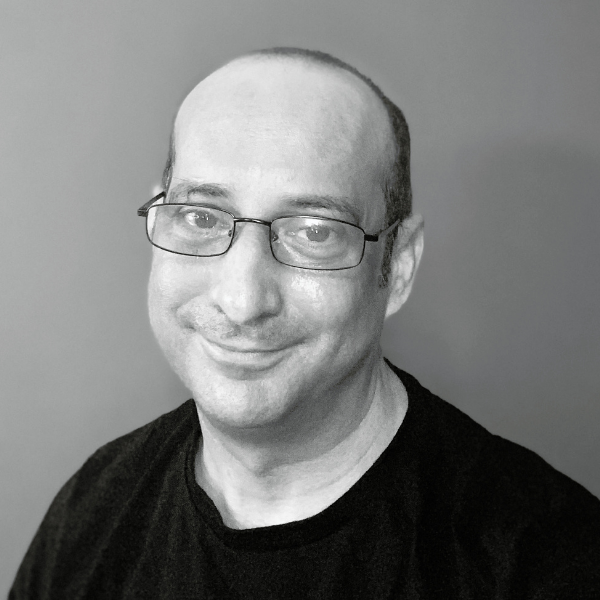 Clive Loseby has one aim: To Change the World, One Website at a Time. A horrific car accident in 1989 left life-changing injuries and personal 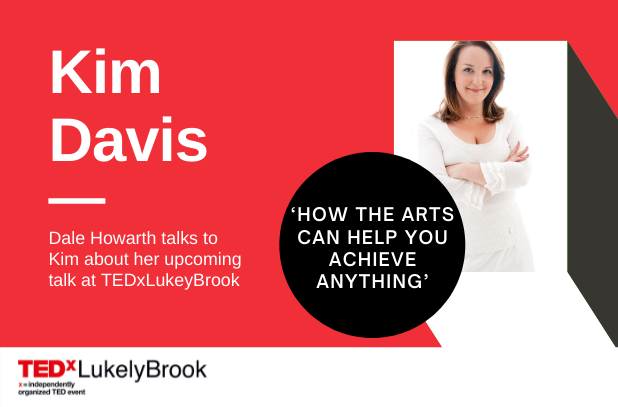 Dale Howarth talks to Kim Davis about her upcoming talk at TEDxLukelyBrook. 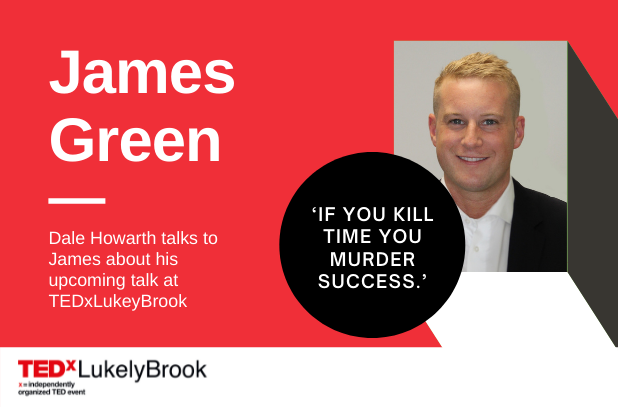 Dale Howarth talks to James Green about his upcoming talk at TEDxLukelyBrook.

This independent TEDx event is operated under license from TED.

We use cookies on our website to give you the most relevant experience by remembering your preferences and repeat visits. By clicking “Accept All”, you consent to the use of ALL the cookies. However, you may visit "Cookie Settings" to provide a controlled consent.
Cookie SettingsAccept All
Manage consent

This website uses cookies to improve your experience while you navigate through the website. Out of these, the cookies that are categorized as necessary are stored on your browser as they are essential for the working of basic functionalities of the website. We also use third-party cookies that help us analyze and understand how you use this website. These cookies will be stored in your browser only with your consent. You also have the option to opt-out of these cookies. But opting out of some of these cookies may affect your browsing experience.
Necessary Always Enabled
Necessary cookies are absolutely essential for the website to function properly. These cookies ensure basic functionalities and security features of the website, anonymously.
Functional
Functional cookies help to perform certain functionalities like sharing the content of the website on social media platforms, collect feedbacks, and other third-party features.
Performance
Performance cookies are used to understand and analyze the key performance indexes of the website which helps in delivering a better user experience for the visitors.
Analytics
Analytical cookies are used to understand how visitors interact with the website. These cookies help provide information on metrics the number of visitors, bounce rate, traffic source, etc.
Advertisement
Advertisement cookies are used to provide visitors with relevant ads and marketing campaigns. These cookies track visitors across websites and collect information to provide customized ads.
Others
Other uncategorized cookies are those that are being analyzed and have not been classified into a category as yet.
SAVE & ACCEPT